You are here: Home / About Danny 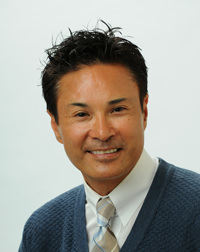 Danny Yamashiro is the radio host of Hawaii’s #1 most listened to Christian talk show, The Good Life Hawaii. He also hosts A Slice of The Good Life – nationally and internationally.

At 18, he survived a deadly 400 foot fall from the famed Pali ridge in Hawaii. Rescuing his girlfriend from a 20 foot fall, he slipped and fell head first 300 feet and later another 100 feet. He suffered traumatic brain injuries, skull fractures, a torn scalp, shattered ankle, smashed organs, extensive lacerations, and being comatose.

He founded Jesus Christ Is Calling You Evangelistic Ministry, Inc.(JCCY) in 1993. His organization expanded worldwide with medical and dental clinics, sports clinics and numerous forms of humanitarian aide by supporting the work of Christian churches in rural locations. He traveled to Asia, Africa, South America, North America, Europe, the Middle East and Pacific Islands.

He authored several books including Paradise Calls (his autobiography), Successful Evangelism 100% of the Time, Discover the Champion in You, Winners Edge and Unleashing the Greatness in You. As church planter he served as senior pastor for 10 years as an ordained minister of the Evangelical Free Church of America. Danny is married to Jamie. They have three children: Allie, Hugh and Luke.